Members of the historical society visited the Abbey in July 2017.The trip was guided by well known local historian, Carmel O Donnell. The abbey was founded for the Augustinians in 1192 by William de Burgho. It was the largest abbey in Ireland and covered almost four acres and a town grew up around it.

The church is over200 feet in length. The nave had vaulted aisles supported by columns, and at the crossing of the building was a tower. Two side chapels were placed in each transept, and all around the walls are groups of tall, slender lancet windows. There is a 13th century doorway to give entrance to the choir. To the south of the nave was the cloister and all the buildings usually associated with contemporary monasteries such as refectory, chapter house and infirmary.

The abbey was defended by a surrounding wall and gatehouse ,complete with portcullis which was accessed by a bridge. It was burned on two occasions and has been neglected since the dissolution of the monasteries. It is now under the care of the O.P.W.and the nave is still used as a cemetery.

We are grateful to Carmel for not only relaying her indept knowledge of the history and architecture but also her great admiration for this magnificient structure. 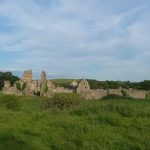 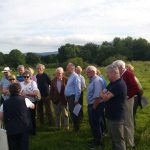 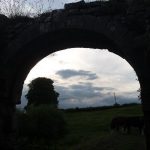 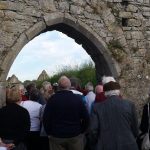 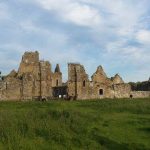 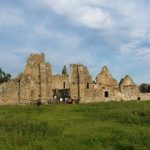 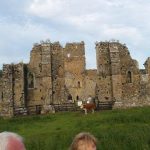 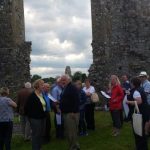 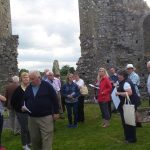 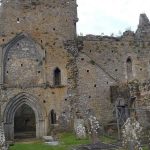 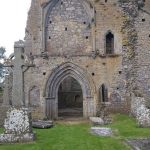 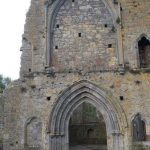 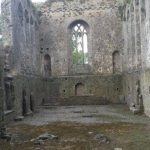 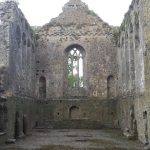 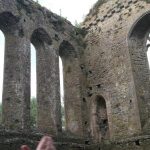 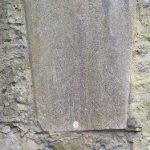 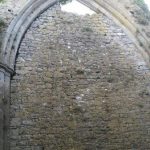 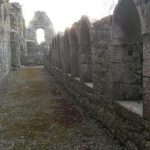 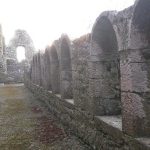 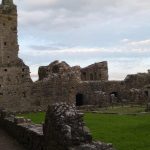